"SING FROM THE TOP OF THE MOUNTAIN"

0 comments
Yesterday the 49ers played a hard fought game against the Eagles and Donald Strickland, who graduated from Aptos Middle School, (my sisters year but I won't say what year because shes old..lol) and Riordan HS grad picked up a blocked field goal and took it 40 something yards back for a touchdown! 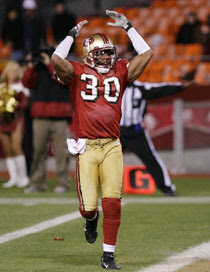 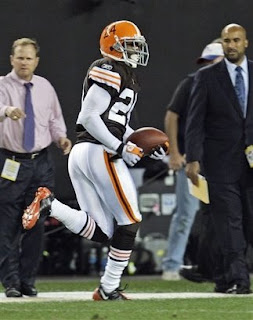 Today for Monday Night Football the Cleveland Browns and the New York Giants played and my boy got his 3rd INT of the season and took it back 94 yards for a touchdown!! Do I smell Pro-Bowler???
Heres a little sidenote, on that INT, Eric, who is a Riordan HS grad and a Aptos Tiger grad, was covering Amani Toomer, who is also an Aptos Tiger grad.
Aptos, Riordan, San Francisco, Touchdowns...tough.
Peace