NBA Draft day is finally here!!! I am just excited because its the closet thing to basketball until the season starts. But lets get to it, major moves this past couple of hours, big names moving to big teams. First, Shaq nasty is going back east to the Cavs and in return the Suns receive Ben Wallace and Sasha P. a pick, and cash. The Cavs are really trying to give more support around Lebron. Could the Cavs have a big 3 in Bron, Mo Williams and Shaq?? I doubt it, but we will see, but I have to say the Cavs are the winner in this trade.

Next, the Spurs, who I hate, just got Richard Jefferson from the Bucks. They gave up Bruce Bowen and 2 other players. But the Spurs are the winner in this trade because they get a prolific scorer in Jefferson, and he will be their 4th option. I still hate the Spurs.

The Wolves and Wizards made a deal where Randy Foye and Mike Miller head to Washington and Etan Thomas and 2 bums go to the Wolves. I think the Wolves got a pick in this trade as well but I am not sure. Caron Butler, Arenas, Jamison get help on the perimeter from MIller and they get someone who can run the offense in Foye.

This trade just in, Vince Carter to the Magic for Skip to my Lou, Courtney Lee and Tony Battie. Magic are trying bulk up and get some help to try to make another run back to the Finals. Magics starting lineup could look like this, Nelson, Carter, Lewis, Hedo, and Dwight?! 5 potential All-Stars.

Ok, now for my Warriors. Oh my beloved Dubs...they traded high scoring guard Jamal Crawford to the Hawks for guards Acie Law and Speedy Claxton. At first, I didn't like this trade but it does clear up cap space for more moves that the Warriors need to make. A rumor is the Warriors are tryna package up the number 7 pick in tonights draft and Andris Biedrins for the Suns Amare Stoudamire. We need to do that and make that happen!! 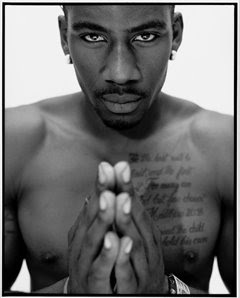