A Season in Review

The Golden State Warriors season ended yesterday with a loss to the Phoenix Suns. The Warriors finished the season with a 29-53 record and will be missing the playoffs for the 2nd straight season. This season was full of injuries and disappointment, first off with Baron Davis opting out of his contract, Monta Ellis getting into a moped accident, and throughout the whole season the Warriors never really played with a healthy squad. But there were some bright spots in the season with the arrival of Ronny Turiaf, rookies Anthony Randolph and Anthony Morrow stepping up and with Kelenna Azubuike continually getting better and contributing.

Here are some Warriors to look out for next season:
Anthony Morrow, Undrafted Rookie who lead the league in 3pt shooting. 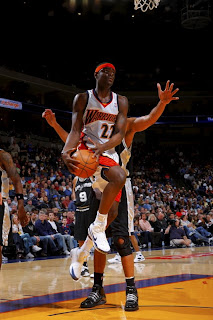 Monta Ellis, when he's back to 100%, he's going to run this team to the playoffs and still be the fastest guy in the league with the ball. 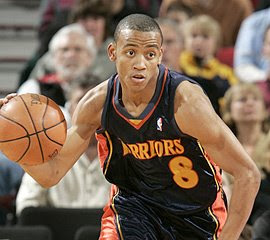 Stephen Jackson had a great season this year. Next season will a healthy squad, Capt. Jack, Dre, and Monta will be the big 3. 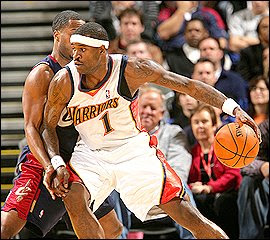 Ronny Turiaf co-capt. was a great off-season pick up. His defense and high energy brings a lot to the team and to the front court. 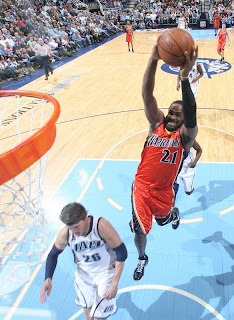 Anthony Randolph. He is a BEAST! Thats all I have to say about that. Power Forward for the W's for years to come. 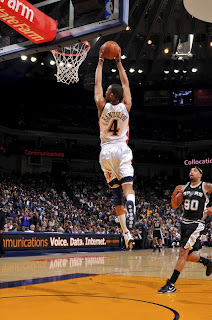 The Warriors have a shit load of players at the 2 spot so expect some moves and new faces next season. Crawford will most likely be on the move and Belinelli and Wright are expendable even though I hate to say it. I like those two but they could be on the trading block. Watson is a solid backup point, so the Warriors might look to draft a point guard in this years draft. Some Points in the draft, Ricky Rubio, Brandon Jennings, Ty Lawson to name a few. Well it was a rough season but heres a video on the Warriors Top 10 Plays of the 2008-2009 season. Enjoy.