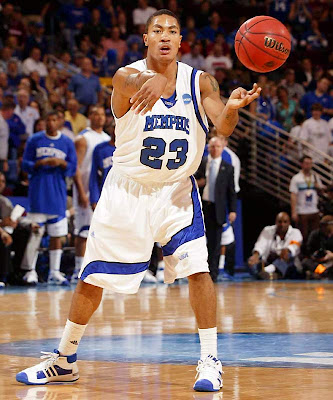 "It's official: The Memphis men's basketball team will have to vacate its 2007-08 NCAA tournament runner-up finish and 38-2 record. Rumor has it that the penalties come as a result of Derrick Rose cheating on his SAT exam to gain eligibility for that season. Pretty sure this won't affect Rose's game, although it's pretty embarrassing for him and Memphis."

I can't believe Rose had someone sit in for him at the SATs and I can't believed he still got cleared to play. This sucks for his other teammates that didn't cheat and who worked hard to get those 38 wins and only to have it wiped off the records is hella weak! So basically, their best season in school history never existed.